The conception of this historic theater began in 1899 when Frank A. Day, editor of the Fairmont Sentinel, began prodding local businessmen to build an opera house. The concept came to fruition when prominent local businessmen formed the Fairmont Opera House Company in March of 1901 and began construction of this building in1901 for approximately $20,000. From its beginning, the Fairmont Opera House has survived on the generosity of this community. In 1902, the Opera House opened to the public free from debt due to the generous support of local businesses. On the opening night, 400 tickets were sold for $5 each to a performance of “The Chaperones” (Quite expensive when you consider that a night at the Bulland House Hotel just down the street only charged $2 a day). 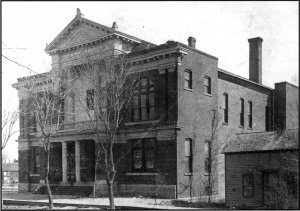 In all actuality, opera has very rarely been performed in the Fairmont Opera House. The use of the word “opera” in the name was, in the early 1900s, more politically correct than a theater or variety hall, which were deemed morally corrupt. During this part of our American heritage, opera was a product of high civilization and a respectable form of entertainment. Thus, the name preserved the moral standing of this theatrical house, even though the entertainment inside these walls was the same as in any variety hall or theater of the age. It is for the preservation of our history that the present name of this theater is the Fairmont Opera House. 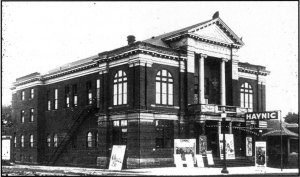 From 1902 through 1912, this building was the one and only Fairmont Opera House. Its massive horseshoe balcony curving from stage edge to stage edge, decorative walls, and tinted electric lighting were a source of community pride. In these pre-movie and television days, the Opera House frequently presented professional plays and musicals by visiting repertory groups, traveling road shows, along with home produced talent productions, school commencements, and political speeches.

For five cents in 1912, our community had the chance to see a silent movie on the big screen at the plush Haynic. A five- piece “Haynic Orchestra” played at every movie, every night but Sundays. In conjunction with silent movies, live shows continued to be performed on our stage throughout the 1920s. However, by 1925 the novelty of the silent movies had faded, and Hay and Nicholas went back to the Opera Houses’ roots and introduced more and more live performances. These live performances came to town through repertory companies playing one week engagements with different plays every night.

In 1912, the Opera House took on a different formal name, the Haynic Theater, derived from the combination of the names of the buildings managers, Lincoln Nicholas and William Hay. During this era of American history, the motion picture was rapidly growing as the newest form of entertainment. 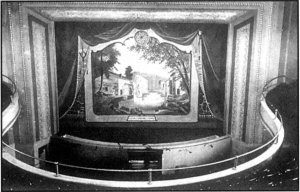 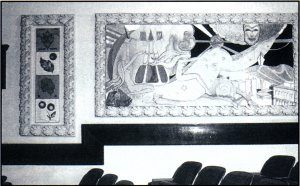 By 1927, Mr. Hay was no longer a part of the center stage of this theater. Only Nicholas remained, Under Nicholas’ leadership, the name was changed to the Nicholas Theater and substantial remodeling to match the flashy era was undertaken. The four dramatic pillars standing in front of the theater were removed and replaced by a blazing canopy entitled “Nicholas”; the front windows were bricked over to permit the new ventilation system to work properly; a new 1,000 pipe organ was installed; and the weight of a newly remodeled balcony was balanced against the new canopy, both resting on a single 60 foot, 36,000 pound steel beam passing through the front wall of the theater.

This 36,000 pound beam, which took 4 days to roll from the railroad depot to the Opera House, still holds the balcony today. Soon after these dramatic changes were completed, on the national level, “talkies” arrived, and movies were all the rage again. The Nicholas Theatre, not to be left behind a trend, installed vita phone and movie tour theater equipment for $12,000. On July 4, 1929 the first “talkie” in Fairmont opened and the theater was filled continuously for 11 hours. Movies were suddenly back in style at the Opera House. 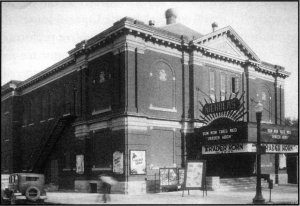 After the war and through the 1950s, our theater bristled with activity. The main draw of patrons through the doors of the Nicholas were the big production movies Hollywood was creating. The movie business was so good, the lines for a movie were often a block long. But by the end of the 1950’s, as the Opera House aged and newer movie houses were built in Fairmont, business declined. As business declined, the building declined further into disrepair. The slow decline continued until September of 1980 when the doors were finally chained shut. 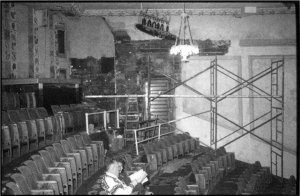 Just when this historic building was on its last leg in 1980, conscientious members of our community took action to preserve this irreplaceable part of Fairmont’s history led by Dr. Robert and Mary Arneson. In 1980, the building was placed on the National Register of Historical Places, and by late 1980, a purchase of the building by the Fairmont Opera House Inc. was made by $51,000. On May 13, 1981, the Opera House opened its doors once again with “Another Opening, Another Show”.

Extensive efforts were made to refurbish and recondition the Opera House to its current state. Donations were made by members of our community to renovate the downstairs basement, all of the seats, all of the electrical and plumbing, and just about every other aspect of this theater. As of July 30, 1988, 1,602 people volunteered 26,000 hours to the Opera House. We have since lost track of our community’s vast efforts. While dramatic progress has been made, renovations continue today, based upon your membership and charity. 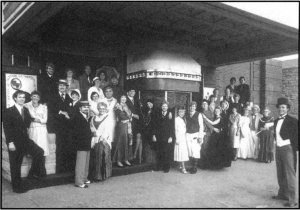 Today, the Fairmont Opera House is proud to present season after successful season of live performances. This historic theater is being used for local and professional plays, live music and arts performances, local events, and private receptions and gatherings.

It is with the greatest of pride that so many volunteers put in their time, money and efforts to bring a variety of artistic and community events to Fairmont and the surrounding communities. We hope you come and visit us soon. And as you sit back to enjoy a show, we encourage you to absorb the historic environment and remember the history that brought us here today. 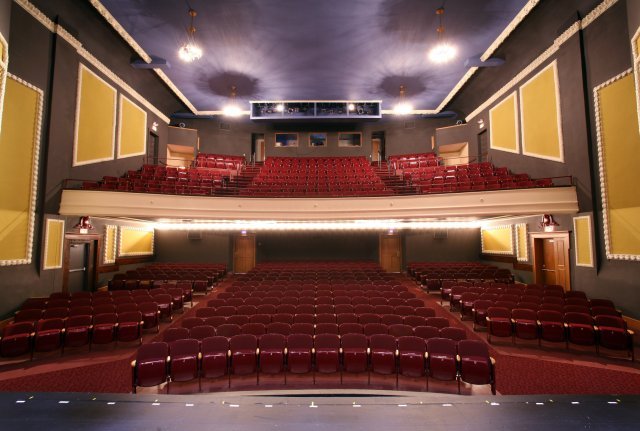 To sign up for our e-newsletter email us at info@fairmontoperahouse.org